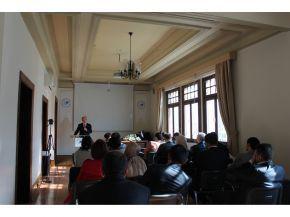 Prof. Dr. Bilal Eryılmaz was the guest of the 11th UCLG-MEWA Local Government Talk which took place at the UCLG-MEWA headquarters in Sultanahmet, İstanbul. Mr. Eryılmaz, who is a specialist on local government, and has published numerous publications, articles, books and encyclopedia articles, started his speech with development in the 19th century. The first phase of his speech also contained the topics of Westernization of municipal mentality in Ottoman with “Tanzimat” Era (Reform Era), establishment of the Sixth Municipal Department based on the Paris Municipality sample, the other countries that take example of French and British samples. Bilal Eryılmaz, also mentioned the problems of modern municipalism in Turkey, and especially touched upon the damages in the local governments caused by the personnel who do not have the enough experience because of the lack of implementation of occupational system in municipalities.

The UCLG-MEWA Local Government Talks will continue with the participation of Tülin Ersöz, Chairman of Tourism Workshop in İstanbul Metropolitan Municipality with the title of ‘’Tourism and Local Governments’’ on 26 March 2015 at 15.00 at the UCLG-MEWA Headquarters in Sultanahmet, İstanbul, Turkey. 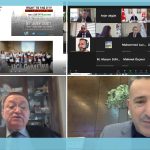 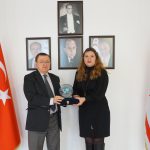 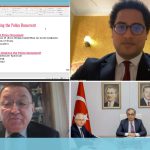 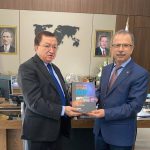 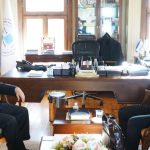